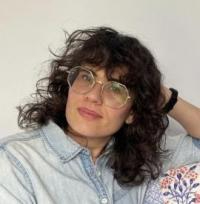 "The Literature of Indigestion," forthcoming from ELH: English Literary History

Review of Scott Black, Without the Novel: Romance and the History of Prose Fiction in Modern Philology 118:3 (2020)

“Undigested Sentiment in John Keats’s Isabella, or the Pot of Basil,” Annual Convention of the Modern Language Association (January 2018)

“Melancholy Guts and Treasured Trash in Dorothy Wordsworth's Grasmere Journal,” Annual Meeting of the North American Society for the Study of Romanticism (August 2016)

In his 1807 medical tract, A View of the Nervous Temperament, the British physician Thomas Trotter stressed the importance of the gut: “The human stomach is an organ endued by nature, with the most complex properties of any in the body; and forming a centre of sympathy between our corporeal and mental parts, of more exquisite qualifications than even the brain itself.” Only later in the century would scientists classify the brain as the central organ of the human body, and relegate the digestive system to the brain’s less sophisticated workhorse. While this hierarchy is now taken for granted, my project, Gut Reading: Literature, Environmental Culture, and the Alimentary Body, demonstrates that eighteenth- and nineteenth-century British writers had a far less restrictive view of the body’s organs. Gut Reading traces the relationships between environment, health, and identity—often in a collective sense—during a time when agricultural and medical practices were modernizing and becoming standardized. As these transformations were underway, they opened up a new range of possibilities for understanding and expressing the connection between bodies and the wider world, a connection mediated by the alimentary canal.