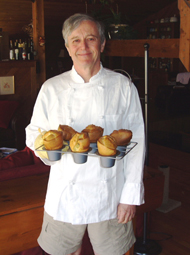 The Spy: A Tale of the Neutral Ground, by James Fenimore Cooper. ed. with Lance Schachterle and James P. Elliott (AMS Press, 2002).

"Cooper and America: A Bibliographical Essay" in James Fenimore Cooper: A Historical Guide (Oxford UP, 2007).

"Re-Reading the Early Republic: From Crevecoeur to Cooper," Visiting Faculty, AAS Seminar on the History of the Book, June 2007.

"The Case of the Missing Corpus; Or, The Art of Literary Sleuthing," 2004 Babcock Lecture, Hartwick College, Oneonta, NY.

My edition (in preparation) of the unpublished letters of James Fenimore Cooper, a supplement to the six-volume Letters and Journals (Harvard, 1960-1968) contains over one hundred newly discovered letters.  I am also working on a study of undergraduate literary culture in eighteenth-century American colleges.  Based almost entirely on student manuscripts, this study will examine what undergraduates learned as collegians, what they read, who they emulated, and why colleges tended to serve as the training ground for most poets of the period.  My other chief interests include Hollywood romantic comedy and the films of the classical Hollywood period, as well as the history of the book and the ways in which novels were published in America and England in the nineteenth century.